The current Tokyo Olympics has made waves around the world, with the best and brightest of the athletes coming to participate and compete in the games. While bringing home medals and honor to the country is enough for many, I find that cash prizes and incentives are also of great help.

I have no doubt that the Olympians participating in the Olympics have trained hard over the years to get where they are today. Because of this, it is a relief to discover that many of these Olympians are provided with monetary rewards after obtaining a much sought-after medal in their respective sport.

With all the buzz surrounding the recent games, I think that learning how much these athletes make in the Olympics make is a great way to motivate aspiring future Olympians. Below are some of the topics I will be touching on in this article. Take a look.

Get to Know What an Olympian Is

Some people might not be familiar with what an Olympian is so for clarification purposes, I will define them. Simply put, an Olympian is an athlete who takes part and competes in the Olympics Games. Depending on their sport, these Olympians can compete in solo or team events.

These athletes train hard over the years to be able to qualify for their respective sporting events and to be able to represent their country. Being eligible to participate in their event entails that these individuals have shown extraordinary abilities.

Learn More About the Different Sports in the Olympics

Some of the sporting events that I am fond of watching in the Olympics include gymnastics, swimming, weightlifting, tennis, and basketball.

However, there are tons of other sports that are included and observed in the Olympics, such as archery, athletics, badminton, and softball.

In addition to what I have mentioned, the Olympics also has the likes of boxing, volleyball, canoeing or kayaking, diving, equestrian, figure skating, fencing, football, skiing, futsal, handball, ice hockey, and hockey, karate, judo, luge, rowing, sailing, rugby, skateboarding, surfing, wrestling, and many others.

A Brief History of the Olympics

Before moving forward and learning how much Olympians make, I think getting to know a bit about the Olympic Games is a must. I think is its quite fascinating that the Olympics has its origins around 3,000 years ago in ancient Greece and were done, in part, to honor Zeus in the city-state of Olympia.

The Olympic Games are held every four years. With its popularity and prominence, I have discovered that this time was used as a measurement as well, with the term being called an Olympiad. The first-ever event held was a footrace, otherwise known as stade, with the winner recorded as Coroebus of Elis.

After the footrace was introduced, the two-length race called the diaulos, and the dolichos, was introduced. These are roughly equivalent to 400-meter races and the 1,500 and 5,000-meter races of today. Then, wrestling, pentathlon, boxing, chariot racing, and pancratium were introduced over the years, but the Olympics was later lost during the following centuries.

The games were only revived in 1896, around 1,500 years after the founding of the International Olympic Committee in 1894. The modern Olympics were held in Athens. Today, the Olympics now include Winter Games for snow and ice-based sports, the Paralympic Games for Olympians with disabilities, the Youth Olympic Games, and the World Games.

Talking About the Tokyo 2020 Olympics

As I have said, the Olympics are held every four years and Tokyo was chosen to host the 2020 Olympic Games. However, it was postponed to this year, 2021, after the world was impacted by the pandemic. This is considered the first Olympics to have ever been rescheduled and to be held behind closed doors due to health and safety concerns.

Here’s How Much Olympians Make via Medal Bonuses

Now that is out of the way, I want to focus on just how much Olympians bring in for earning that much-coveted podium finish. For Team USA, gold medalists can earn $37,500, while silver and bronze medalists are rewarded with $22,500 and $15,000 respectively.

The Philippines, which had its first-ever gold medal won by Hidilyn Diaz in weightlifting, quite a touching and momentous occasion that made me teary-eyed awards its athletes with $200,000 for gold winners, $99,000 for silver medalists, and $40,000 for bronze medalists.

Learn More About These Bonuses and Forms of Support

Other countries that provide their Olympians with medal bonuses include Hungary, Brazil, Japan, South Africa, Canada, and Australia. Unfortunately, I discovered that not all countries offer medal bonuses to their athletes and Olympians.

Some countries that do not take part in this rewards scheme include Great Britain, New Zealand, Norway, Sweden, Saint Kitts, and Nevis Tonga. Usually, players often play for the country’s pride and honor.

Athletes from the United Kingdom do receive support and funding for sports that have a medal potential, a move which many, including me, find quite controversial yet highly effective. The support comes from its government and lottery funds, with Olympic gold medalists from the country getting $36,000 to train.

Being Rewarded Through Performance-Based Stipends

Athletes from Team USA typically receive performance-based stipends to cover their needs, such as rent, food, college education, health insurance, and the like. This program is also available in other similarly competitive countries that provide aid through the national sports associations.

I found out that these stipends are only given to athletes who are top performers in the field and who win both national and international sporting competitions.

Other Sources of Funding

Others who fail to bag medals earn less than $15,000 every year, such as track and field athletes in the United States. Because of this, many are forced to find jobs outside of their sports to help make ends meet or to even fund their bid and training for the Olympics.

Getting Paid Through Sponsorships and Endorsement Deals

A number of Olympians have had the lucky chance to score endorsement and sponsorship deals, either before taking part in the Olympics or after winning the games.

One of these success stories is tennis star Naomi Osaka who was awarded partnerships with brands like Nike, Levi’s, Nissan, TAG Heuer, and more.

Michael Phelps, who is recognized as one of the best swimmers and best Olympians of all time, has also garnered deals from the likes of Under Armour and Visa. Retired Jamaican sprinter Usain Bolt has also earned more than $30 million from endorsements in just one year.

Simon Biles, one of the best gymnasts of today, also has earned around $4 million from her endorsements from Nike, Procter & Gamble, Kellogg’s, and Hershey’s, earning her around $4.4 million throughout 2016. She also has dealt with Visa, Uber Eats, and many others.

Factors that Affect an Olympian’s Salary

From what I have posted here, it is clear that there are various factors affecting how much Olympians make and take home. I believe that their skills and training are two of the most important aspects that determine this, especially as these can help them win medals and be rewarded.

Moreover, I think it is safe to say that their reach and popularity also factors in when it comes to their earning potential. After all, this is where endorsement deals come from.

I find that putting a price tag on these awards and achievements helps motivate Olympians to do their best in every event. While their road has been difficult, reaping the rewards and garnering fame and honor for their country is definitely worth it. 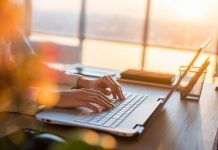 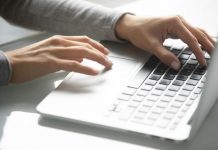 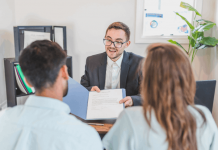